American Welding Society [AWS] estimates that in 2022, the US will be short of thousands of skilled welders. There is a significant demand, but not enough supply.

So it is natural that those who are working as welders right now will be better paid. And welders who belong in a union get even better treatment. But exactly how much does a union welder make right now? I’m sure such questions are juggling in your mind.

The average annual income of a union welder as of march 2021 is $43,891, with the top 1% earning over $80,000 a year. However, I don’t think everyone will start to make big right off the bat. There are a lot of scenarios involved.

Stay tuned to find out more about it…

Previously, In the United States, an average union welder had a base salary of $69,190 a year.

However, as of March 2021, a union welder earns $43,891 a year on average. You don’t have to bring out a calculator to find how much does a union welder makes an hour; I’ll calculate it for you- they earn $21/hour.

Such decline is inevitable, as every industry was hard-struck by COVID. But the average salary is not a full picture of an industry. So let’s delve a bit deeper: 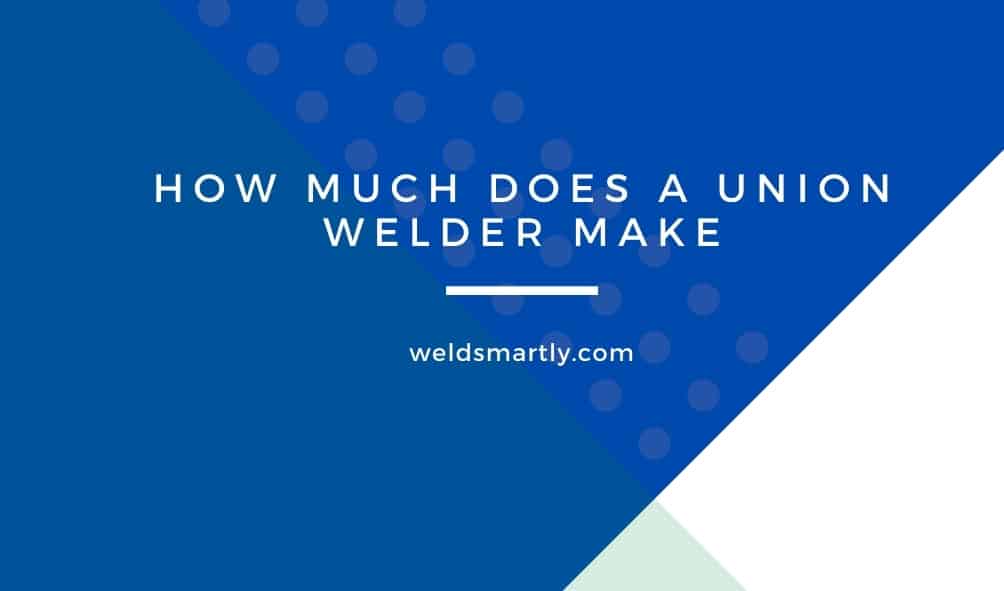 But an interesting thing to see is that the top 1% of union welders earn between $80,000-86,000. This suggests that skill levels rule the pay scale.

It also depends on many other factors such as experience, job type, willingness to travel, risks, project duration, location, etc. Taxes also play a part.

If you’re a welder living in San Jose right now, then you’ve hit the jackpot as union welders located there are the highest paid in the entire nation. They earn 21.3% more than the national average pay.

So, relocating there is also a good idea if you’re in an area where it is tough to get by. I’ll name 10 cities for you where you have the best living conditions as a union welder down below:

There might be more than one reason why some cities have a better and more active industry than others. For example, lower living costs, better quality of life, more job demands, an active welding union that has a good relationship with local companies and the government, etc.

According to Ziprecruiter, here are ten cities which have the best salary for welding union jobs:

All of these cities are well above the average pay grade for a welder. You can see half of them belong to California. It is safe to say the welding business is quite blooming there.

But this is not the end of this topic. Another hot factor that influences a welder’s salary is the type of work they do. I’ll touch that matter shortly:

What is the highest paid welding job?

Enough talk, have a look at the five highest paying welding jobs of 2021 right below:

This data is also taken from Ziprecruiter.

As you can clearly see, AWS welder jobs pay the best. Its annual payment is $41,218 more than what an average union welder earns in a year. This a staggering 93.9% increase.

Even the structural rig welding job, which is the lowest of the 5, manages to get 58.6% more.

If you managed to land one of these jobs in a favorable city, you could call yourself a fortunate person because you’ll be living someone else’s dream.

However, this only applies to a welder who is affiliated with a union. It’s not the same for a “freelance” welder.

The difference in pay scale is huge.

As a non-union welder, the best places to work are at New York and New Hampshire since it is possible to earn 17% and 7.5% above the national average.

If we compare the earnings with the 90th percentile of union welders, there is a difference of $20,000.

Not all cities will have such drastic differences, but it is safe to say California will be one of the states where union welders have a significant advantage.

How does welding union membership affect your salary?

Welders who join a union tend to earn more- not just empty words; you saw the numbers already. But why is that? The answer lies with the existence of the union itself.

Unions are a historical group who always act as a collective and their deep understanding with various government and commercial agencies lead the way for their workers to get the best benefits.

These ties with various agencies often land them a good contract, and their wide pool of available labor means that they can efficiently see it through. This is why they can get away with demanding more money for a project.

Companies most often would rather opt to pay more and get the whole team ready instead of hiring free-to-work welders one by one and undergo the entire planning process.

It’s pretty normal; we do the same during grocery shopping.

The popularity of welding unions isn’t going down anytime soon, as they fight for their workers’ safety and betterment. They also give a fair shot to those who suffer from workplace inequality, as the contracts are given based on skill rather than their color, ethnicity, gender, etc.

Not having a college degree could hinder your earnings at times, but a welding membership is an excellent workaround to it as they’ll provide you with an apprenticeship which is a great way to make up for it.

Amongst all the perks of joining a welding union, there are some drawbacks too.

The major one is having a set amount of work hours. Now, if you’re a gung-ho person who wants to hustle and earn as much as possible, then welding unions hold you back.

Also, if you plan to overwork during a particular time and thoroughly chill during another, that’s also not permissible. As the work demand of a union is rather uniform throughout the year.

Lastly, as a union member, you can only participate in jobs that the union specializes in. So, you can’t take any side gigs that don’t belong to your union’s field of work.

But even so, I’d say the benefits greatly outweigh the drawbacks.

Welding is a great profession to take up as a career. Especially right now, as the demand for welders is higher than anytime before.

If you’re planning to take this line of work as your means of livelihood, then I suggest joining a union as I’ve thoroughly explained why union welders have an edge over their non union counterparts.

I’ve given you the necessary facts and statistics about how much does a union welder make; the rest is your hard work. I’m confident that you’ll do well.